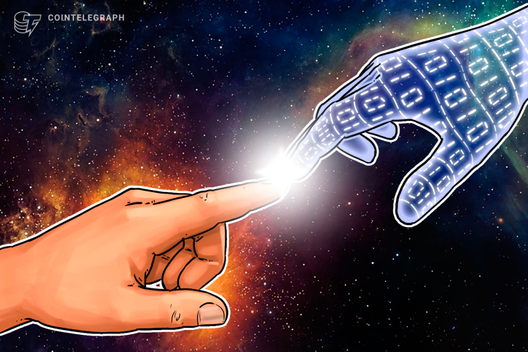 The first birth certificates to be recorded by exclusively using blockchain technology were issued in Brazil.

As Cointelegraph Brasil reports on Sept. 1, Álvaro de Medeiros Mendonça is one of the first children in the country to have their birth certificate recorded only with blockchain technology, without the need of the registry office.

The parents were reportedly invited by the hospital to participate in a project developed by tech company Growth Tech in partnership with IBM. The father, Waldyr Mendonça Junior, said that blockchain tech made the process of registering his newborn child much faster, taking less than five minutes.

The registration was made through Growth Tech’s Notary Ledgers platform, which provides virtual notary services. The firm’s founder Hugo Pierre says that the startup sought a new solution to provide better efficiency in recording birth certificates.

Carlos Rischioto, IBM’s blockchain leader in Latin America, explained that the child registration method has three stages. First is the “Live Birth Statement” made by the hospital. Then the parents create a digital identity on the platform, after which the information is sent to the notary office, finalizing the certificate.

Rischioto said that the new platform will eliminate bureaucratic obstacles in the birth registration process and will be more efficient and transparent.

Blockchain technology is increasingly being applied to data management in the medical field. In April, a South Korean hospital entered into a partnership with blockchain medical data marketplace Longenesis and biotechnology company Insilico Medicine to create a blockchain-based health data management solution.

Longenesis will reportedly provide a secure platform for Gil Medical Center to upload, store and manage patients’ private data, and allow patients to control and access their data.

City of São Paulo to Use Blockchain Registry for Public Works