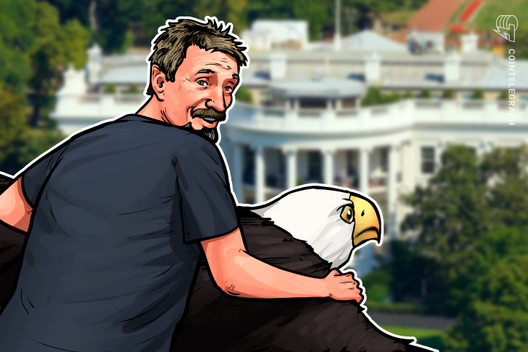 After two arrests in one week, John McAfee says he wants to run for President of the United States and Prime Minister of the United Kingdom simultaneously.

On July 26, the same day when McAfee revealed his “record” second arrest in a week, the U.S. presidential candidate expressed his intention to run for UK Prime Minister too, stressing that he is one of the few people still alive who could qualify. The well-known Bitcoin (BTC) bull and cybersecurity pioneer tweeted:

“Can a person run for, and be, President of the United States and Prime Minister of Great Britain simultaneously? Yes. Absolutely. Without question. But I believe I am one of the few people still alive who could qualify for the combined position.”

“I was born in England at the end of WWII. My father was an American soldier and I was born on an American Army base in England. The two together meet the requirement for being U.S. soil. Look it up if you don’t believe it.”

McAfee is also apparently out of jail at press time as he tweeted that he will be in London with his wife Janice McAfee tonight to discuss the perspectives of the combined position.

Worth noting is that Boris Johnson, the recently elected prime minister of the United Kingdom, was born in New York. He only recently renounced his American passport when the Internal Revenue Service chased him for unpaid taxes, according to American weekly news magazine Newsweek.

Earlier today, McAfee reported that he saw his second jail cell this week just a day after his release in the Dominican Republic, where he was arrested for four days. Reportedly wanted by the U.S., McAfee plans to accept Bitcoin donations for his presidential campaign, which he runs from a boat on which he arrived in the Domican Republic.

In late 2018, McAfee clearly hinted that his campaign is not a serious bid for office, but it is rather an opportunity to use access to the national stage solely to promote cryptocurrencies.